With all of the important discussions happening around sustainability and the food system today, you might be wondering how this relates to infant and toddler formulas. While nobody is arguing against the fact that infant formula has helped millions of babies, addressing the carbon footprint of formula production is critical for the future of the planet.

Breast milk has been called the most environmentally-friendly food available, producing no waste, emitting no greenhouse gases, and having no water footprint. Breast milk is nature’s perfect food for babies, and it has been environmentally friendly since there is no packaging or processing involved in giving a baby breastmilk.

But when breastfeeding isn’t an option, formulas can provide essential nutrients babies need for adequate growth and development. Approximately two-thirds of babies worldwide are formula-fed. This can either be dairy milk or any alternative to cows milk.

There has been a continuing decline in the number of breastfed infants, and many mothers are weaning their babies from breastmilk earlier than recommended, for a multitude of reasons.

People have been talking about the convenience and nutritional benefits of baby formula for a long time. Most are even looking for the best hypoallergenic formula in the market and how compatible these are with the needs of their children.

Baby Formula and the Environment

Regarding infant and toddler formula, some of the biggest environmental impacts include high consumption of natural resources, as well as a large amount of greenhouse gas emissions from animal agriculture needed to produce formula ingredients.

It’s estimated that approximately 4,000 liters (or 1,056 gallons) of water are required to produce every kilogram of powdered infant milk.

Milk-based infant formula is of course derived from cow milk and they do contain healthy fats for toddlers. However, Cows are an enormous contributor to methane emissions. Methane is a greenhouse gas that has at least 30 times the heat-trapping potential of carbon emissions.

Animal agriculture also requires the removal of vegetation for land use, or deforestation, which threatens biodiversity of ecosystems and removes the planet’s natural carbon sinks.

The product packaging of milk formulas is also a concern, as plastic and other waste leads to the damage of water systems and soil. Millions of empty formula tins and containers end up in landfills every year.

Furthermore, formula milk must be processed, pasteurized, stored, and transported globally, contributing to energy usage and burning of fossil fuels.

Just how environmentally-damaging is baby formula? It’s hard to say as, despite the growth of sustainability concerns within the global food system, there has been little research done specifically on this topic as it applies to these products.

A 2015 report released by the Baby Food Action Network (IBFAN)-Asia and the Breastfeeding Promotion Network India (BPNI) scratched the surface on this issue, looking at the carbon footprint of milk-based baby formula in the Asia-Pacific region.

The authors calculated greenhouse gas emissions from milk formulas based on sales, finding that infant and toddler formulas contributed approximately 4 kg of carbon dioxide equivalent on average via manufacturing. This excludes emissions from packaging, product transportation, preparation, and refrigeration.

The report concluded that, in 2012, the total annual overall greenhouse gas emissions contributed by milk formula (in Australia, China, Malaysia, India, Philippines and South Korea) was just under 3 million tons. This is approximately the amount of emissions released by driving your car nearly 7 billion miles, or consuming 323 million gallons of gasoline. Toddler formula contributed 1.27 million tons of annual greenhouse gas emissions in this region.

Based on the initial data around how much milk formula impacts the environment, a 2019 study published in the International Breastfeeding Journal urges a shift back to breastfeeding. In fact, a 2017 report from the World Health Organization and UNICEF says that no country meets the recommended support for breastfeeding.

However, breastfeeding isn’t always possible and mothers are faced with a growing number of challenges that may inhibit their ability to do so. This is why creating quality infant and toddler formulas that address the issue of environmental sustainability is so important.

Plant-Based Formulas and the Environment

One way that some companies, like Else Nutrition, are beginning to address the environmental consequences of traditional formula products, is by using plant-based ingredients instead of animal-derived ones. For example, Else formulas utilize a combination of protein-rich almonds and buckwheat for the formula base.

If you were to search “are almonds bad for the environment” on the internet, you would likely find headlines saying that you should ditch almonds and almond products due to their negative impacts on the planet, especially in terms of their water usage. However, these headlines don’t paint an accurate picture of almonds.

One almond requires approximately 1 gallon of water to produce. This sounds like a lot, but when you compare the water usage of the almond industry to the animal agriculture industry, almonds offer a substantial improvement in sustainability.

The truth is, while almonds and other plant-based ingredients do require water to produce and utilize in products, their contribution to environmental damage is much lower than other resource-heavy industries more traditionally utilized to make formula.

Else Nutrition Leads the Way for Sustainable Baby Formulas

While many companies are starting to take the issue of sustainability into consideration, Else Nutrition is working to tackle it from the get-go. It’s taking the lead on making plant-based infant and toddler formulas mainstream for families looking for environmentally-conscious options.

The plant-based ingredients used in Else formulas allows their products to have a minor ecological footprint, compared to many existing formula options.

Else Nutrition is committed to reducing animal and environmental harm, while prioritizing nutrition for growing kids and supporting a parent’s right to choose what’s best for their family. 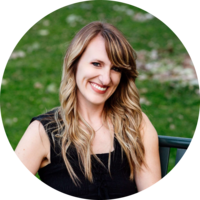